Cell wall synthesis in land plants; a focus on how plants make cellulose 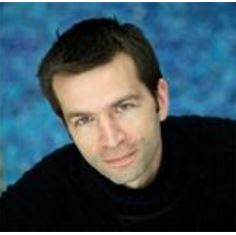 Staffan Persson completed his PhD in Dec, 2003, which was a joint degree between Lund University (Sweden) and North Carolina State University (US). He then pursued a postdoc at the Carnegie Institution of Washington at Stanford University 2004-2007. Staffan was appointed as a Max-Planck Group Leader at the MPI for Molecular Plant Physiology in Potsdam in 2008, where he stayed until 2014. Since Jan 2015 Staffan is a R@MAP Professor and an ARC Future Fellow (level 3) at the School of BioSciences at University of Melbourne. He is a Thomson Reuter/Web of Science highly cited researcher 2016 and 2017. The research in his group aims at understanding how plants are producing cellulose, which is the most abundant biopolymer on Earth and that is a raw material for many applications in our society.

All plant cells are encased by cell walls, which largely consist of polysaccharides. These walls are essential for cell shape, protection against environmental factors and represent the bulk of a plants biomass. Thousands of proteins partake in the synthesis, modification and degradation of the wall structures; however, most of the functions of these proteins remain largely unknown. My lab is interested in finding out what these proteins do, how they are regulated and how the cell wall communicates with the interior of the cell to regulate the cell wall content. We are also interested in how the environment and development shape the cell wall content, and how the process of cell wall production has changed during plant evolution. In this talk, I will outlined how a central protein in cell wall synthesis function. The protein, referred to as CC1, function in linking the cellulose synthesizing protein complex and microtubules during salt stress. I will furthermore outline how the cell wall structure changes during an essential developmental process in plant biology; the transition between primary to secondary wall synthesis. These projects represent exemplars of how our group attempt to delineate how plants produce their cell walls.